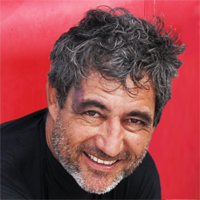 Sharks and humans: How to reinforce the partnership

If the conclusions of the Pacific Coral Reef Institute (IRCP) workshop held on Moorea (French Polynesia) from 13 to 17 October 2014 had to be summed up in just a few words, the above statement, as simple as it is incisive, would probably be the best description. This symposium dealt with the overall topic of the sustainable development of shark populations in the South Pacific, particularly in response to pressures from humans. The meeting was funded at the initiative of the Pacific Fund for Scientific and Cultural Cooperation (French Pacific Fund), a French funding mechanism that promotes exchanges between French and English speaking territories in the Pacific, to work together on shared problems. Funding was also provided by the French Polynesia Shark Observatory (ORP), the IRCP and the French Ministry of Ecology, Sustainable Development and Energy. Sharks are a topic of concern and in order to better understand the priorities for ensuring sharks’ protection while maintaining their contributions to island economies, about 30 specialists from various countries and territories (Australia, Colombia, Fiji, France, French Polynesia, New Caledonia, the United Kingdom, the United States of America, and Samoa), divided equally between members of research agencies, non-governmental organisations, regional organisations, governmental bodies, and the private sector (commercial divers, veterinarians, journalists) met to determine the wording of a message to Pacific Island decision-makers and managers.